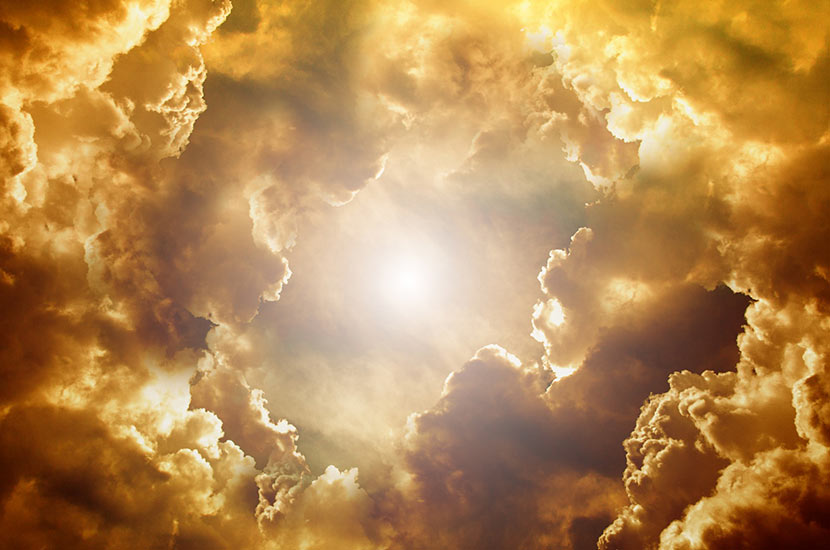 Several weeks ago while leading a group of men through one of the topics in my book, “Unlock Your Life”, I ran into a surprise reaction. Perhaps surprise is too strong of a word, but I was caught off guard not from the reaction but because it was coming from a man who I always felt was a strong believer. I’ve expected that strong believers would grasp what I was presenting and intrinsically understand its truth. I guess not!

Let me take you to this interaction. Exercise your imagination: Take a step back and take a high level look through the gospels in particular at the time immediately before and after the birth of Jesus. First you have the angel Gabriel appearing to Zechariah (an old man married to Elizabeth, also very old at the time) to tell him he would have a son who would prepare the way for the Messiah. Several months later, Mary is confronted by an angel and she is told she will have a son. Being engaged, but a virgin, her fiancé Joseph was ready to quietly slip away, but an angel speaks to him telling him no! Jesus is born in the midst of the census; angels announce it to shepherds in the fields; wise men from the east hear the news and go to visit and the word gets out that a new king of the Jews has been born. King Herod is furious and fearful so goes out to find and kill Jesus. Angels again intervene telling Joseph to get out immediately to save Jesus’ life. He leaves in the night, in the nick of time. A few years later, an angel tells Joseph it’s time to go back to Israel because those trying to kill Jesus were now dead.

Is this not the description of a supernatural special operations mission?!

The savior, disguised as a baby, is inserted behind enemy lines by the Holy Spirit accompanied by the most powerful angels. Wow…this is serious! Later we see Jesus tested by Satan, Jesus casting out demons, etc. Then an enemy, those he came to save, comes against him ultimately to bring him to the cross. Three days after his death, angels announce that Jesus has risen.

The Gospels tell a story about an incredible war that has been going on for a super long time. And, Jesus makes it clear that it is not over.

If the war was over, why would Jesus have to come back? Why would he need to send the Advocate? Why would he distinguish that peace is not something the world could provide? Considering all of this (and much more) I made the statement:

“We were all born in the midst of war, behind enemy lines.”

Then came the surprise reaction from the man in the group. “What are you talking about?! My life has been good; I have done well financially; I have a good family….” On and on he went…..

Whoa. I was caught cold.

This is coming from a good man. A Christian man who goes to church and men’s groups and prays. Again, a good man! Not ignorant of the Gospel. I would surely believe he is saved.

But how far do we have to look to see ravages of this battle? Do I have to make a list?

Our meeting ended somewhat abruptly unfortunately. Sometimes the truth is hard to accept, or perhaps I hit a hot button, I don’t know. I placed a call to this man the next day to talk things through, never heard back. My prayer is that a seed has been planted that will awaken soon.

A few weeks later I woke up in the middle of the night with a bunch of thoughts running through my head. (Ever happen to you?) This time, a vision of a sharp knife sitting in a drawer popped into my head. “What good is it in the drawer?” I asked myself. Soon it will be forgotten. “Isn’t that just where Satan, our enemy wants us?” My thoughts drifted back to the events of my men’s group. That man, a sharp knife, sitting in the drawer, in the midst of a great battle.

What are the ramifications of thinking that we are not born in the midst of a war? Or, perhaps a permutation of this, thinking: “My life is good so I don’t feel like I’m in a war. I see others having problems, so perhaps they are faced with their own battle, but I’m good.”? Complacency, living a life solely seeking pleasure and leisure, self-indulgence, inwardly focus, wasted resources and talents….a long list. I would even add this: lack of fulfillment. Why? Because I believe God has planted deep within us an understanding that we are all part of a large body; that we are all on the same side, at war against an outside enemy and we need each other. When one part of the body suffers, all parts feel it. When we help someone, we get a warm feeling within. When we serve each other, using our unique gifts, we get filled up. It’s one the God’s ironies: When we pour ourselves out, we find ourselves being filled up. This happens when we enter into the big picture, the battle.

I’m not a military man, but I know many. I recently watched “Black Hawk Down”; an incredible movie recounting a true story. What struck me were the great lengths and dangers the soldiers went through to rescue their comrades. I was talking with my friend (Army Veteran) about it. He said it’s in the soldier’s creed to “never leave a fallen comrade”. Soldiers will do whatever it takes to rescue their fellow soldiers. (If you were a soldier, wouldn’t you want this commitment? Can you imagine being abandoned?)

I have also talked with a number of vets after leaving the service as they try to integrate back into civilian life. It can be a real struggle because nothing else provides the intensity and bonding that comes when everyone “does whatever it takes” in the midst of battle. We are missing this…the bond, the brotherhood, the sense that we will not be nor let another be abandoned to the enemy.

I wonder what it would be like if we pulled together as an army, each fully engaged using all of our gifting and abilities, to serve our King in this battle? ….If we all recognized that we are all born in a war behind enemy lines and took action. We know that the enemy has already been defeated by Jesus, but he has not been experientially defeated yet. He is on the warpath to take down as many comrades as he can before Jesus returns. I can imagine him thinking to himself:

“How many sharp knives can I keep in the drawer?”

Jesus minced no words speaking of what our enemy is like.

Our enemy uses every tactic he can to keep us in the drawer. He is slick, sly, and crafty as he twists the truth to make us complacent. Top tactic on his list? Making us believe we are not in the war. Watch out for this lie.

Let me guide you to find your role in this battle. Check out my book, Unlock Your Life, 5 Steps and a Jump to Living the Adventure God Made You For