Whose Job is It? 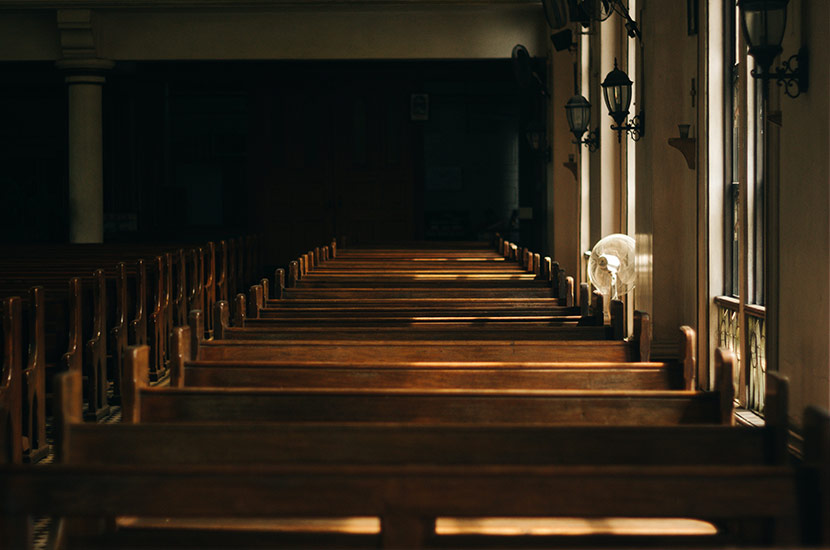 “If you return to me, I will restore you so you can continue to serve me.
If you speak good words rather than worthless ones, you will be my spokesman. You must influence them; do not let them influence you!”
The Lord in Jeremiah 15:19 (NLT)

It doesn’t take a rocket scientist to see what has been happening in our world. There’s been an accelerating trend away from Christianity over the last several decades. Over an 8% drop in just the last 10 years alone according to PEW research. People of all ages are dropping away. On top of this, I suspect that there is a significant population who still go to church, but if pressed, would reveal that they only selectively believe in the core teachings of Christ. What is happening?

Taking a step back, we see a corresponding decline of our culture. It seems to follow a pattern like this: Some cause grabs 90% of the truth, then adds a little twist. What’s professed sounds good, even like something a true believer would agree with at first glance, but that little twist changes everything.

Let’s take boundaries for example. At first glance it seems loving to encourage people to do whatever they want. A boy wants to become a girl? Society says, “Sure, who am I to tell someone else what to do?” True…. by the grace of God, we are free to make choices for ourselves. Why? Because God knows full well, love is not possible without choice; it cannot be forced. God had great intentions in providing us with this choice, but all is lost when you leave God’s heart out of the equation (the twist). From a heart of love, God has provided boundaries to guide us and ironically, they are liberating. What is more loving, boundaries with true freedom from God or an illusion of freedom?

A number of years ago, a study was done with school children. A playground was set up in two different ways. First without fences, then with fences around the yard. The behavior of the kids was observed in both scenarios. When there were no boundaries, the kids stayed close to the building. With fences, the kids filled the entire yard. See the irony? You would think at first blush, the lack of fence would be more freeing. Yet, the boundary was actually liberating and allowed the kids to feel safe to go anywhere in the yard.

A huge influence on our children has focused on taking down the structure God laid out, his boundaries. The result? Incredible confusion, fear, hurtful choices… a crisis. Many have no idea who they are anymore. Can you imagine? At the same time, we know God has spelled out our identities clearly and there is freedom in this. His “fence” provides freedom.  The opposite of what you would think at first glance from a worldly perspective.

I remember hearing the testimony of a man, about 30 years old. He was raised in a family where the kids were encouraged to try all sorts of drugs, drinking, sex at a young age. No rules. He went on to say that he took advantage of all of this. After untold hangovers, terrifying experiences and being involved with several abortions, he realized that he was being held hostage. All of this freedom was like quicksand, easy to get into but hard to get out. It was only the grace of God that set him free. Not only did he testify about how good his life is now, living within God’s boundaries, but that he had a sense of freedom that he never experienced before.

For the Lord is the Spirit, and wherever the Spirit of the Lord is, there is freedom.
The Apostle Paul in 2 Corinthians 3:17 (NLT)

Jesus set him free. The Apostle Paul even goes so far to call himself a slave to Christ. Is this a freedom stealing boundary? Remember the school playground?

We are now in a world where a quest for “freedom” is leading to an implosion. A large force, sold out to promoting “do whatever you want,” is out influencing us – me and you!  Jeremiah was faced with such a challenge, the world falling further and further away form the Lord.

We have let our influence go to sleep.

The Lord makes it clear what our first step is to regain our influence. Is it to go to a political rally? Elect some new person to office? Get the government to fix it? Give everyone a bunch of free stuff? Get into people’s faces to tell them what God’s law says? No, he says, “Return to me.”

I’ve been asking people I meet this question: “Given the COVID 19 situation, and the recent national rioting, where do you see God at work in this?” Of course, many suggest the end times are near. Perhaps so…my friend Brad always says, “We are closer today than we were yesterday.”  One guy said something that really resonated with me. “God is solidifying the line between who his followers are and everybody else.” Humm….this makes a lot of sense and raises the sense of urgency for us to get to work.

When we pull in close to God, he will show us true freedom and the love that led to the creation of his boundaries.

When we do this, the need for his grace will become super evident. The longer I have been a follower and the closer I have moved to God, the more I see how much grace God has given me. Before believing, if you had asked me, I’d have told you I was a pretty good guy; good enough to go to heaven. Funny how deceived I was.

Once we pull in close to God, he stirs our hearts. The Lord goes on to say to Jeremiah:

“Cursed are those who put their trust in mere humans, who rely on human strength and turn their hearts away from the Lord.  6 They are like stunted shrubs in the desert, with no hope for the future. They will live in the barren wilderness, in an uninhabited salty Land.

7 “But blessed are those who trust in the Lord and have made the Lord their hope and confidence. 8 They are like trees planted along a riverbank, with roots that reach deep into the water. Such trees are not bothered by the heat or worried by long months of drought. Their leaves stay green, and they never stop producing fruit.”
The Lord in Jeremiah 17:5-8 (NLT)

Now is the time to be the influencers. It’s our job.

It’s time to boldly give our testimonies. No one can take our testimonies away from us and they are powerful. They point to God and the freedom he provides. Imagine again the pain and struggle in the hearts and minds of those who do not yet believe, the young and confused. Once they meet God, they will understand the love underlying his boundaries.

We are to be the influencers. Jesus made it clear before he left to return to heaven.

18 Jesus came and told his disciples, “I have been given all authority in heaven and on earth. 19 Therefore, go and make disciples of all the nations,[b] baptizing them in the name of the Father and the Son and the Holy Spirit. 20 Teach these new disciples to obey all the commands I have given you. And be sure of this: I am with you always, even to the end of the age.”
Jesus Christ in Matthew 28:18-20

Now is the time to “go” and make disciples.

It’s reassuring to know the Christ has not left us to do this alone, but we have to engage him. The Mission Curve™ process, leads you closer to God where he will shine a light on your Life Mission, the direction you are to go. Do not take your responsibilities lightly, think of all of the lives at stake. How many are within your circle of influence? Embrace your Life Mission and launch yourself on the great Adventure God Made You For. Let’s talk. Go to www.bobblackcoaching.com to schedule a free consultation.