When are You Most Contagious? 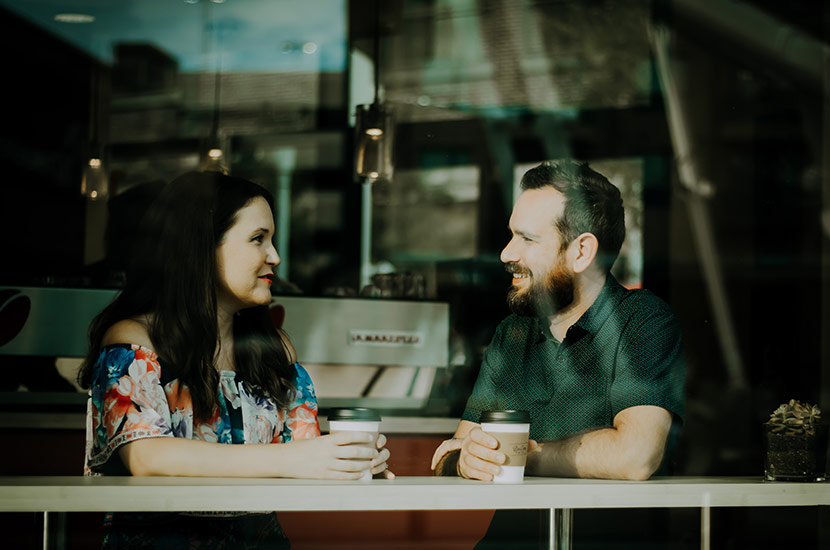 I was talking to a friend of mine a little while back. Without me asking, he began to rave about a fantastic dinner he had at a local restaurant the night before. He was gushing: “The food was so good. Just the right spice, beautiful plating, warm friendly atmosphere. You have to go!” he insisted. He made it sound so good I was ready to drop everything and go right then. I could taste the food already! His testimony for that restaurant got me thinking….

When are our testimonies most contagious?

I wondered, “how powerful would my friend’s testimony be if he had eaten at that restaurant 10 years ago and not been back since?” First of all, would it even have popped into his mind to tell me about it without prompting? I think not. Why would something that happened 10 years ago still be high in his mind? But suppose it did and he shared the exact same testimony with me, the only exception being that he ate there 10 years ago. How would this testimony compare with the one he gave after eating there the day before? I’d wager that I would not be so strongly compelled. Who knows what could have happened over a span of 10 years – new chef, ownership changes, different menu.

Then I wondered, how compelled might I have been if he had routinely given this same testimony to various people he had met over the last 10 years; would he have conveyed it to me with the same level of passion as he did to people 10 years ago? Perhaps not.

Are testimonies of our most recent experiences the most powerful?

I read a Psalm pretty much every day (you should try it!) The psalmists have a vivid way of capturing the depth of their struggles that I can really relate to, especially when I am struggling to let go of something. Many of the Psalms include passionate testimonies. There is power in a person’s testimony and so often I am struck by the freshness of these words, written so long ago. I suspect they were written in the midst or just after overcoming the writer’s struggle, when the writer’s passion was highest. Yesterday I was reading Psalm 40 (NLT):

“I waited patiently for the Lord to help me,
and he turned to me and heard my cry.
2 He lifted me out of the pit of despair,
out of the mud and the mire.
He set my feet on solid ground
and steadied me as I walked along.
3 He has given me a new song to sing,
a hymn of praise to our God.
Many will see what he has done and be amazed.
They will put their trust in the Lord….”

Can you feel the movement from such depths of discouragement (slogging in the mud and mire) to the point of being lifted up, placed on solid ground? Clearly something significant happened to King David who wrote this and he couldn’t contain himself. You can feel power as he writes:

“He has given me a new song to sing”

He is so enthralled that he singing out a new song. This is a fresh testimony…and David knows that many will come to trust in the Lord because of it. He is highly contagious! Having just experienced the Lord first hand he can’t help but sing out for all to hear.

I’m back now to thinking about my friend and his dinner testimony. He had a fresh “new song to sing” about that meal he had the day before, he couldn’t contain himself. And it was compelling, more so than if he’d been singing the same song for 10 years. He was contagious and I was moved to get to that restaurant! This raises a question:

Do you have a fresh, new song to sing?

Not a song about the newest restaurant in town, but about God. Certainly you can sing a song about what God did for you 10 years ago, but is it top of mind? Are you so full that you are gushing over, telling people all around you without prompting? It is the fresh, new song about what God has done recently in your life that is most contagious.

This being the case, how, when, where do you get new testimonies? I’m not talking about when you prayed and got a parking spot in the city. David speaks such powerful testimony that he knows many will be so amazed that they will put their faith in God. How do you get these?

Powerful testimonies follow times when you are challenged beyond your abilities.

Though an incredibly powerful man, with many accomplishments, David realizes he was no match for his situation. I love Proverb 21:31 “The horse is prepared for the day of battle, but the victory belongs to the Lord.” (NLT) The Lord is the source of victory and David realizes this. He cries out for help and waits. The Lord heard his cry and comes. David was looking for him and a powerful testimony is born.

Like David, our most powerful testimonies follow times when we have faced challenges beyond our abilities; when we “really need God!” Well then, should we go out looking for trouble just so we can get vibrant, fresh testimonies? That sounds a bit foolish, doesn’t it? On the other hand, so does sitting around watching TV and waiting for something to happen (or in David’s case, watching the camels at the watering trough). David was not one to lay around and wait. As a shepherd, actively doing his duty to watch the sheep, he was challenged to kill bears and lions, his adventure underway. Later, while being obedient to his father delivering food to his brothers, he sees Goliath and ultimately faces him and experiences victory. Incredible testimony! David embraced who God made him to be and actively took jumps of faith as he pursued the adventure God made him for. This brought him into situations, way over his head, when he “really needed God!”, and powerful testimonies were born. He became highly contagious.

Pursue your adventure with God and become highly contagious! Check out my book, Unlock Your Life, 5 Steps and a Jump to Living the Adventure God Made You For