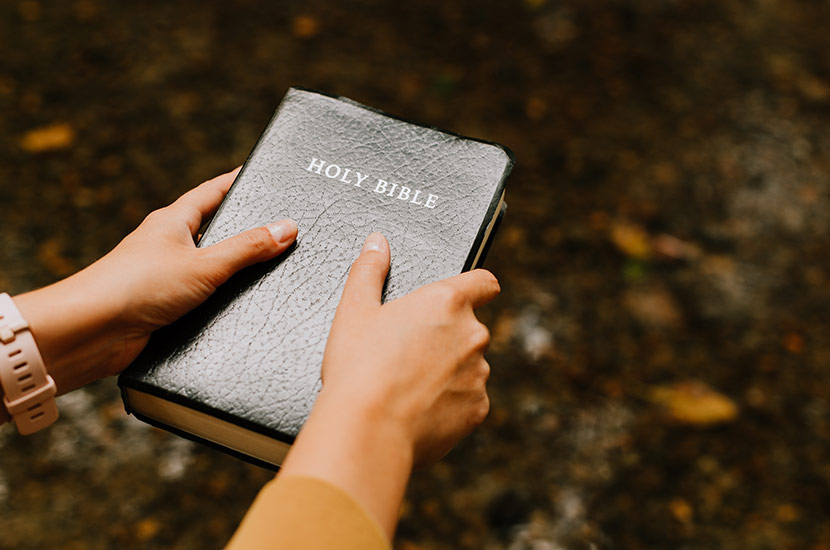 “As you go into the city, a man carrying a pitcher of water will meet you. Follow him. At the house he enters, say to the owner, ‘The Teacher asks: Where is the guest room where I can eat the Passover meal with my disciples?’ He will take you upstairs to a large room that is already set up.”
~ Jesus Christ | Mark 14:13-15 (NLT)

Ever Heard of Them?

One man carries a pitcher, another was prompted to set-up a room for the Passover meal, another loaned out his donkey’s colt…. All nameless, but each played an incredibly significant role in the lead up to Jesus’ crucifixion.

I wonder, did the colt’s owner tell his friends “The teacher rode my colt!”; Did the room owner ever say, “Jesus had his last meal at my house.”? Or, did they play down their part saying “No big deal, others have done much more significant things than this…”? Or, did they not even realize their contribution because they were focused on “bigger” things?

Whatever their view, these seemingly miniscule deeds proved to be hugely significant in the story of the kingdom of God… Would there even be a kingdom story without them?

Is This a Trap?

Who doesn’t harbor a desire to be known for making a difference? Why do some have such a deep-seated need to make a big splash with their lives? Is one person’s significance dwarfed by another’s? Is it wrong to seek a life of significance?

Herein lies the struggle. Raised in a world where significance is highly valued, the worldly embrace it and go. Yet for followers of Jesus, it’s common to diminish our actions with false humility, counting other’s work as more significant. Boasting about what we do would be prideful. Jealously can even take hold and push us to belittle what others do. Forever pursuing something greater, we’re poised for a life of regret… Is there a path out of this trap?

“But Jesus replied, ‘Leave her alone. Why criticize her for doing such a good thing to me? You will always have the poor among you, and you can help them whenever you want to. But you will not always have me. She has done what she could and has anointed my body for burial ahead of time. I tell you the truth, wherever the Good News is preached throughout the world, this woman’s deed will be remembered and discussed.’”
Jesus Christ | Mark 14:6-9 (NLT)

Jesus responded tersely to those who attempted to diminish Mary’s act. He pointed out that her small deed was a huge part his story. Mary’s expression of reverent love for Jesus led to an impact worthy of people’s ongoing attention. Her life was significant because of her faithful act.

The Apostle Paul did not shy away from calling himself an Apostle. In a “foolish” rant, he listed out his extensive credentials, trials and works…

“Are they servants of Christ? I know I sound like a madman, but I have served him far more!”
The Apostle Paul | 2 Corinthians 11:23 (NLT)

Paul aggressively pursued and knew full well the significance of the works he was involved with. Would Paul say to Mary, “What you did was fine, but just a small part of the story”?

“If I must boast, I would rather boast about the things that show how weak I am.”
The Apostle Paul | 2 Corinthians 11:30 (NLT)

As confident as he was, Paul also knew that boasting about anything other than God’s work through him was foolish and that everyone’s work was a significant part of the story of the kingdom of God.

Whether it be a small deed like Mary’s or extensive works like Paul’s, it’s not a matter of what deeds have greater significance. The story is not complete without the impact of every little deed.

Though you are tempted to seek a life of significance, perhaps you might better seek a life where you faithfully avail yourself to be used significantly by God in his kingdom story, letting God determine the impact of your deeds, no matter how insignificant they look to the world. Who but God is to say what your impact will be?

My years of coaching have helped me see just how common our struggle with significance is. I most often find that followers believe that the Life Mission God asks them to do is insignificant. Our worldly desire to realize a life of great significance leads us on a path away from the kingdom significance of the mission God planned us for.

“In fact, some parts of the body that seem weakest and least important are actually the most necessary. And the parts we regard as less honorable are those we clothe with the greatest care.”
The Apostle Paul | 1 Corinthians 12:22-23 (NLT)

What would have happened if the owners of the donkey colt or room had said no, this deed is too small? Or if Mary had acted out practically instead of from a heart of love?

Is your quest for significance pulling you away from realizing that the seemingly small Life Mission in front of you is what you really should be embracing?

Mary, Paul, the donkey’s colt’s owner, the room owner… each centered their lives on loving Jesus and obediently supporting his mission. Your significance is imbedded in his mission. Your Life Mission is a derivative of his mission. No matter how insignificant it seems to you or the world, the story of the kingdom of God will not be complete without you fulfilling it. You are significant!

Don’t know what your Life Mission is? Find it by taking our free Mini-Course at https://www.missioncurve.com/  These 3 steps will change your life, guaranteed.