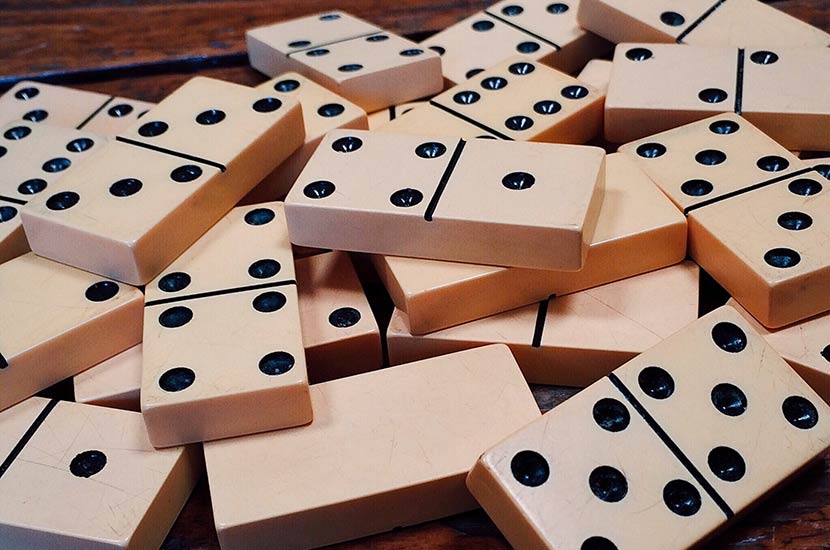 “But Nineveh has more than 120,000 people living in spiritual darkness, not to mention all the animals. Shouldn’t I feel sorry for such a great city?”
~ The Apostle Paul| 1 Corinthians 13:13 (NLT)

Tipping at the wrong spot?

I don’t believe I have ever played dominos as intended. All we ever did as kids was make crazy patterns with the chips perfectly spaced vertically, set for a fantastic chain reaction. How about you? How often would all of that labor get messed up by an accidental (or a friend’s intentional) hit at the middle of the row? Agh! Then the painstaking process of setting up chips would have to begin all over again. Tipping dominos at the middle of the line leads to failure, but persistence pays off. Once perfectly in place, the first domino is ready to be tipped. Boom! Magical!

Why do we insist on trying to tip the dominos at the middle?

All my life I would have been considered to be generally a good person; spared from the most egregious sins. So, it was not until my mid 30’s that my first spiritual domino, accepting Christ, was tipped. Then, the chain reaction started, dramatically changing my life one thing after another. If I had only known earlier!

Now well down the road, I feel the temptation to look at other’s sinfulness with contempt. I hear something on the news and react, “That is so wrong!” or “How could someone make that decision!” I’d like to correct their behavior by “hitting their domino’s in the middle of the row.” How quickly I have forgotten!

This was Jonah’s situation. God asks him to go to Nineveh, a powerful but incredibly sinful city, to tip the first domino.

“But Jonah got up and went in the opposite direction to get away from the Lord.”
Jonah 1:3 (NLT)

Jonah wanted to condemn the people of Nineveh. How quickly he had forgotten what God had done for him… I get it.

Jonah would much rather have seen God take them out…those sinners!

He ends up in the belly of a giant fish, face to face with death. After 3 days, he repents as he remembers his sinfulness.

“As my life was slipping away, I remembered the Lord. And my earnest prayer went out to you in your holy Temple. Those who worship false gods turn their backs on all God’s mercies. But I will offer sacrifices to you with songs of praise, and I will fulfill all my vows. For my salvation comes from the Lord alone.”
Jonah 2:7-10 (NLT)

God takes him back to remember when his first domino was tipped. He realized that God’s love for all is too great for us to ignore. He fell into line with God’s priority and set off to Nineveh to tip their first domino.

Shouldn’t we also feel sorry for the vast number of lost people?

It’s easy to see the unsaved with eyes of condemnation; with a desire to correct them by hitting them right in the middle with the truth of God’s law. But without the salvation of Christ, people are hopelessly confused.

“With the Lord’s authority I say this: Live no longer as the Gentiles do, for they are hopelessly confused.”
The Apostle Paul| Ephesians 4:17 (NLT)

Why wouldn’t the unsaved do the things they do?

“You may think you can condemn such people, but you are just as bad, and you have no excuse!”
The Apostle Paul| Romans 2:1 (NLT)

The next domino to fall for Jonah was to understand that, no matter how good we try to be, we are all in the same boat in God’s eyes. We are just as bad, with no excuse.

Salvation is the first domino for all of us

Hitting unbelievers broadside with the law condemns us. For those of us who are saved to condemn those who are not yet saved is much like that hit, whether accidental or intentional, in the middle of the line of dominos. It messes everything up. Look at the anger it yields. Look at the separation it causes. Look at who it makes us look like to them.

Our focus needs to be on tipping that first domino.

It is out of great humility, with full appreciation our own salvation, that we should be motivated to engage the unsaved. The results of Jonah trip to Nineveh? The whole city is saved.

This is not the end of the story for Jonah, nor will it be for us. It seems that the more dominos that fall as we move toward sanctification, the more we realize the significance of that first domino being tipped.

Go to www.missioncurve.com to learn more.