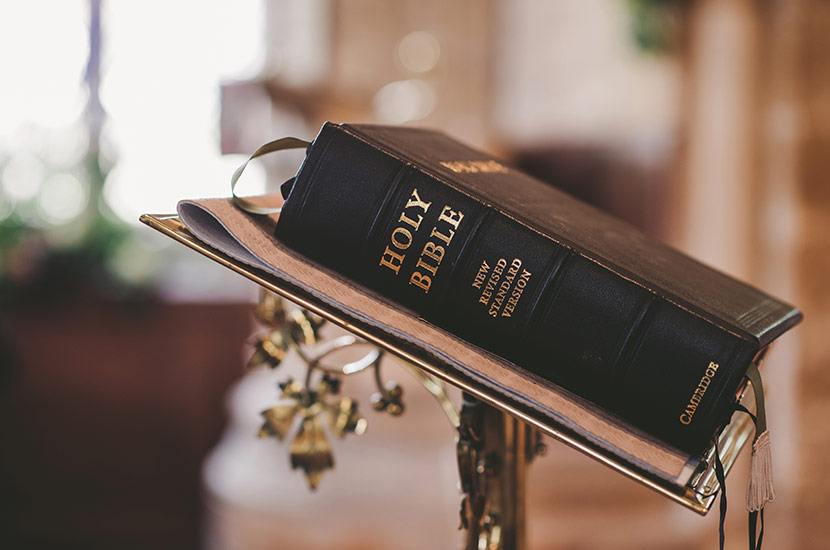 “And we are confident that he hears us whenever we ask for anything that pleases him. And since we know he hears us when we make our requests, we also know that he will give us what we ask for.”
~ 1 John 5:14-15 (NLT) (NLT)

I remember hearing about a pastor who gave the same sermon 3 weeks in a row. After church that day, people asked him “When are you going to teach us something new?” He responded, “Once you get this, then we’ll go on to the next thing.” A joke of course, but laced with a bit of truth, right? I felt a little like this the other day. I was doing my daily devotional (read, pray, journal) and I found myself asking God for a number of things, important things, but I heard God say, “Why don’t you accept what I’ve already promised you first?”

It stung a bit.

As I thought through everything I had been praying for, I realized that God had already spoken to each prayer with his promises. It was as if God was saying, “I’ve already covered that for you.”

For example, I was praying for a job for my son. He was getting a bit frustrated with his search and he really needed to find a fulltime job for financial reasons. His anxiety was increasing, mine too! I had a totally legit prayer planted firmly on my heart…then God reminded me of what he had already promised:

“Once I was young, and now I am old. Yet I have never seen the godly abandoned or their children begging for bread.”
Psalm 37:25

Plus, my son is a believer so he is a child of God…

“But to all who believed him and accepted him, he gave the right to become children of God.
John 1:12

“Give your burdens to the Lord, and he will take care of you. He will not permit the godly to slip and fall.”
Psalm 55:22

Given all of these promises, why was I anxious for my son? God promised to take care of him, had I forgotten? Then God caught me off guard again…

Does God need to be reminded of what he’s already promised? Could he have forgotten? A fraction of a second after I had that thought I realized he meant it for me. I was the one who had forgotten what he had already taught. It just so happens (and so often it works like this) that I had just read:

“I brought glory to you here on earth by doing everything you told me to do.”
~Jesus Christ| John 17:4 (NLT)

So, in attempt to glorify God by doing what he told me to do, I prayed it back. I have to say it was quite relieving. I felt much different than I typically feel when praying. I was confident that God had heard me and that my prayers were in his will. He had made these promises….I was simply repeating back what he had already said.

What could be more pleasing for him to hear than his own words?

I remember listening to the late J. Vernon Magee, founder of the Through the Bible Radio show, a while back. He had a way of putting things that often cut through the fog. He said that prayer is more for you than anyone else. Huh? For some reason I retained this thought though it didn’t seem to mean anything… until I “prayed it back.” Now I get it.

There is great comfort in Praying it Back because God’s promises are in his will.

Have specific concerns? Financial? Health? Relationship? As you consider who or what you are praying for, do a search to find a corresponding promise God has made. Pray it Back to him and see what happens. Does it guarantee an affirmative answer? Perhaps not, but you can rest reassured that he has heard you and that his answer (yes, no, or not yet) is what he deems best for you right now. Again, this is comforting.

Feeling that life is unfulfilling? Wrestling with God trying to find direction for your life?

Perhaps it’s time for you to “Pray it Back” as you seek a revitalized life?

“…My purpose is to give them a rich and satisfying life.
John 10:10

God has made it clear that you are here for a life fulfilling reason (Life Mission). You’re uniquely qualified for this work and Jesus promised to give you a rich and satisfying life as you pursue it. Why not pray John 10:10 back to him? You can be confident that he will hear you and it will please him very much. Who’s to say what God may do?

Don’t know what your Life Mission is? Our Reach New Peaks Guided Workshop leads you to it. It will change your life, guaranteed.

Go to www.missioncurve.com to learn more.