How Well Are You Playing Your Hand? 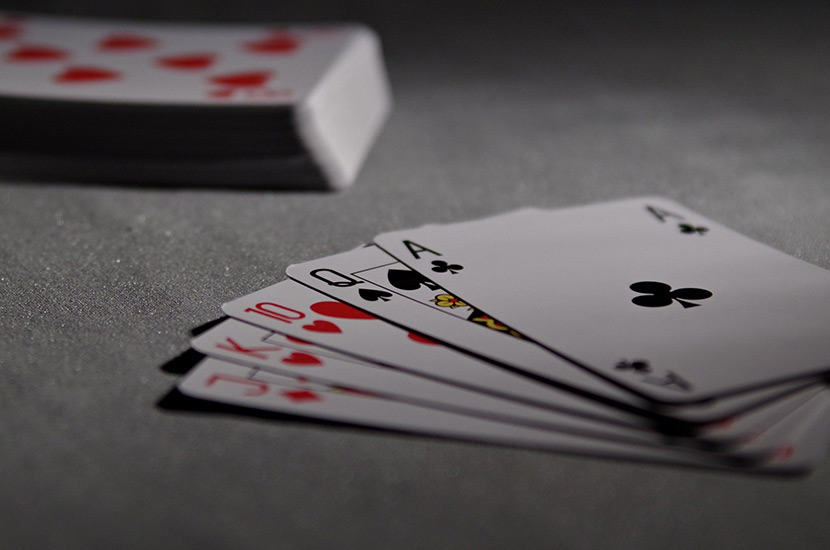 When my son was in his early teens, he became infatuated with a YouTube video of a fictional character, Cave Johnson. In the video, Johnson launches into a rant, making fun about the old saying, “If life gives you lemons, make lemonade.” He starts out relatively calm, but then gets mad, saying: “All right, I’ve been thinking, when life gives you lemons, don’t make lemonade! Make life take the lemons back! Get mad! …” Johnson rants on and on. My son thought it was hilarious…who says things like this? Johnson’s in your face attitude seems to strike a sensitive spot, bluntly saying things that perhaps we feel, but are afraid to say. Who wants lemons? No fun at all!

Johnson aims his anger at life, but he might have better captured the way we feel by aiming his anger at God. “Why was I born like this?” or “Why did you let this happen to me?” or  “Why did he get it so good?”

The fact is, many of us have been dealt a difficult hand, and most all of us, if we are honest, feel that we received less than perfect cards.

Our list of complaints is long and our anger is easily justified. Why would a good God do this? Made me think about the Parable of the Three Servants:

“Again, the Kingdom of Heaven can be illustrated by the story of a man going on a long trip. He called together his servants and entrusted his money to them while he was gone. 15 He gave five bags of silver to one, two bags of silver to another, and one bag of silver to the last—dividing it in proportion to their abilities. He then left on his trip.”
Matthew 25:14-15 (NLT)

The master (God), prepares for his trip by distributing his money to his servants – “dividing it in proportion to their abilities.” Imagine being the one who only got 1 bag of silver as he looked over at the one who got 5. We all know those people who seem to have been given it all – smart, good looking, great at sports, raised in a good family, wealthy… “Why did he get such a sweet deal?” the servant might have thought.

Why wouldn’t he be pissed about getting such a “raw” deal?

This third servant became angry and responded by burying his silver, getting no return for his master… Like Johnson, he may have said, “All right, I’ve been thinking, when God gives you lemons, don’t make lemonade! Make that mean God take the lemons back! Get mad! …”  Think about it, how many people do you know that have taken on this attitude?

On the other hand, there is the second servant who received just 2 bags of silver. At a crossroads, he has the grounds to take on the same attitude as the servant who got 1 bag – sure, he got one more bag but that was still 3 less than the first servant. Yet something leads him to take the same path that the servant given 5 bags followed. Why does he do this?

As the parable continues, we learn that the first servant, doubles his silver. The master was clearly pleased.

“The master was full of praise. ‘Well done, my good and faithful servant. You have been faithful in handling this small amount, so now I will give you many more responsibilities. Let’s celebrate together!’”
Matthew 25:21 (NLT)

The second servant receives the same praise. “Well done!” Can you imagine how wonderful this was for him to hear? Then, we hear the servant who was given just 1 bag report back to his master and the reason why the servant with 2 bags made such a wise choice becomes clear.

“Then the servant with the one bag of silver came and said, ‘Master, I knew you were a harsh man, harvesting crops you didn’t plant and gathering crops you didn’t cultivate. 25 I was afraid I would lose your money, so I hid it in the earth. Look, here is your money back.’”
Matthew 25:24-25 (NLT)

The third servant did not trust his master (God). He let his anger about getting just 1 bag taint his view. He threw his lemons back at his master and received a harsh response.

We know that the master intentionally did not give each servant the same amount. Yet, we find out that his expectation was that each servant would make the most he could by using what he gave him. In return, he would give his praise…equally to all! The key? Trusting the master. The first two servants trusted God and received great praise. The third servant did not and he suffered for it.

An old axiom states “Success in life comes not from holding a good hand, but in playing a poor hand well.”

God expects us to trust him by playing the hand he has given us well.

Great harvests come by pursuing your Life Mission, healing for you too.

Since the fall of man, our world has been less than God intended. It’s broken. Born and raised in a broken world, each of us is less than God intended, no one has a perfect hand….for now. The master in the parable gave his servants the responsibility to invest what he gave them while he was away.

Invest in your Life Mission now.

It’s not until he returns that he will express his praise…or not. Your investment window is open. How will you play your hand?

Is it time to get on track pursuing your Life Mission, where you have been asked to invest? The Mission Curve™ Process will guide you to find your path into the Adventure God Made You For. Let’s talk.