Do This Before You…. 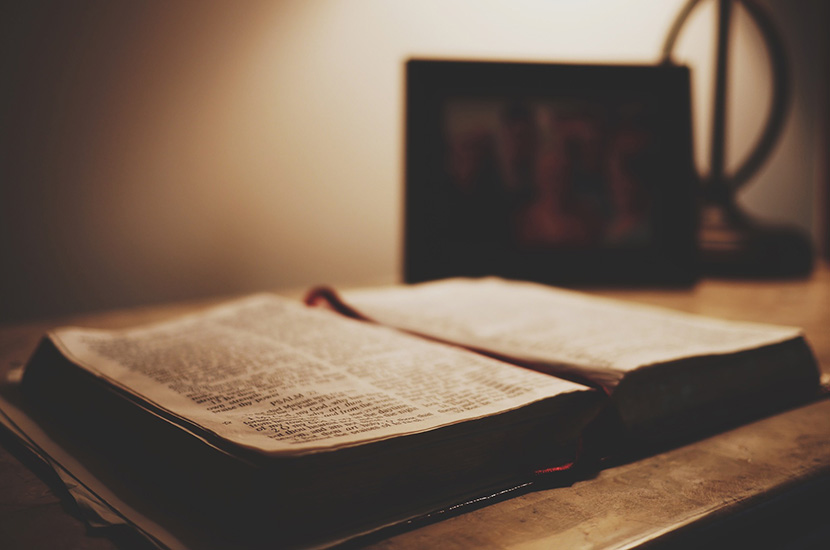 I’ve been reading through the four Gospels sequentially and noticed what could be one of Jesus’ most consistent and powerful behaviors, a lesson for all of us. It’s no secret, but if you look at our behavior, you’d sure think it was. It’s not his relentless way of pounding the Pharisees with the truth as he tries to get them to look at themselves. It’s not how he heals and feeds thousands of people. It’s not his use of parables to illustrate deep concepts and truths. It’s not even his focus on promoting the kingdom of heaven…. and it’s seldom talked about at church.

Let’s take a look at a few examples…

What does Jesus do before each event? He goes off alone to pray, typically for an extended time, often while fasting, many times at night when others would not notice him. Ever think about why he did this? He was God incarnate after all. Why did he need to pray and fast? Why alone? The answer points to what I consider the foundational root of the universe and what holds it all together. Relationship. Before he did anything significant…

… Jesus grounded himself in intimate relationship with the Father.

Alone, Jesus reaches out to the Father in Heaven, seeking Intimacy, one on one time, just him and the Father. A time to be close. A special time.

When you take a step back and think about this considering the triune nature of God you might realize that relationship is what God values most above all else. Jesus seems to crave this time, even doing things like sending the disciples away in a boat so that he could be alone with the Father. We may never know the full extent of what happened during these times, but they were clearly important to Jesus, and based on what happened afterward, it’s not a stretch to believe that these times filled him.

Jesus is modeled priority behavior for us.

…Fitting for someone who came to Earth to restore the intimate relationship between God and man that was broken back in Eden.

These dedicated times of devotion seemed to be over and above Jesus’ normal communication with the Father:

“So Jesus explained, ‘I tell you the truth, the Son can do nothing by himself. He does only what he sees the Father doing. Whatever the Father does, the Son also does.’”
Jesus Christ| John 5:9 (NLT)

Why would someone who already talks with someone else all of the time, seek dedicated, extended time together?

Consider our own relationships… When talking in the midst of the daily grind, we tend to talk about superficial things: What happened during the day, plans for tomorrow, news or current events. During daily talks we don’t have time to ponder the bigger picture, to raise concerns, or dream together. Jesus makes this a priority because these times are the most important times relationally.

Taking a dedicated devotional time is the most impactful way to set your life’s direction, and it’s awkward.

I remember my friend Brad suggesting that I go off for a day of prayer and fasting when I was struggling to figure out my career direction nearly 20 years ago. I went to a local abbey where they had day rooms available for this sort of thing. When I arrived, I could feel the awkwardness in my gut. It felt weird. I was shown to my room, I went in and stood, “What do I do now?” I decided I should pray. So, I got on my knees and prayed for about 30 min. I got up asking, “Now what?”

I read some scripture, I wrote in my journal, I prayed some more, I took a short nap…. I listened, I asked, I pondered, asking God “What do you want me to do? What is most important?” I listened and listened. It was awkward, but ultimately so powerful. This was about two years before I made my major career change (from Director at medical device company to a Financial Advisor with a purpose). I can say with 100% certainty, this was the pivotal point in starting my adventure with God. I look back on this time with awe. It was incredible!

My life has never been the same since that day.

I have taken a day of prayer and fasting many times now, and it always ends up being pivotal. I’m not saying that I get some clear answer from God each time, often it seems to hit me sometime later, but I can say that incredible things, miracles, and changes have always happened following these times. Perhaps I have tasted a little of what Jesus desired so much?!

When was the last time you took a dedicated day of prayer and fasting?

My simple survey says that almost no one has ever done this. So often, when I suggest it, it’s as if people have never heard about doing this, let alone actually doing it. “Too freaky!” some may think. “What’s “freaky”?”, I ask? I tend to think people feel this way because they are afraid of silence, time to think, of having no agenda in the midst of all sorts of pressures that abound.

Is it really too freaky to spend time alone with God?

I was floating down a river with my wife Sue last year. It was so peaceful; warm sun, slight breeze, ducks floating around. Imagine it… She said, “Too bad we have to go back to reality later….” I responded, “This is reality!” Isn’t it easy to get life upside down?

Dedicated alone time with God is a taste of reality.

I can tell you one of my thoughts has always been, “I have too many other things to do.” Busyness is one of Satan’s methods to keep us from God. Martin Luther put this into perspective when he said:

“I have so much to do that I shall spend the first three hours in prayer.”

Too often the urgent is the enemy of reality.

Some have even expressed to me, “I don’t want to end up becoming a missionary in Africa!” My experience has been that God would much rather you being a missionary right where you are. Watch out or your imagination will run too far ahead of you! Ironically, imagination’s power to excite you is often not as strong as its power to scare you back into your hole – it can keep you from doing anything significant.

A vital step in the Mission Curve Process is to positively disrupt your relationship with God to create an environment of Intimacy. Jesus showed us that a Dedicated Day of Prayer and Fasting does this and perhaps is the most significant step you could take to start the Adventure God Made You For. Don’t think too long — just do it! Its time mobilize into what Jesus has you here to do. This first step will change your life, guaranteed.

Go to https://www.missioncurve.com/ to learn more.