Cutting Out the Root that Steals Your Fulfilling Life 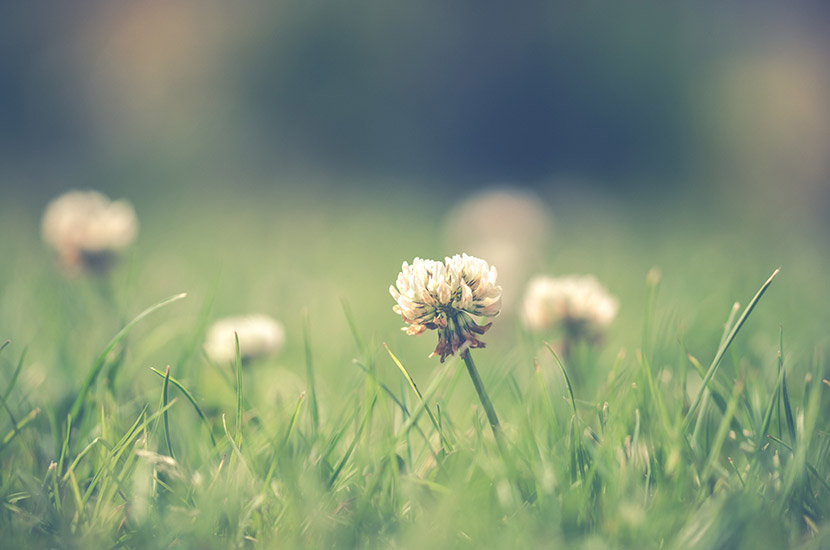 “Now Moses was very humble—more humble than any other person on earth.”
Numbers 12:3 (NLT)

As a gardener, especially in the high desert, there is nothing like an invasive weed that steals vital water from the native plants. They may not look like much on the surface, but the deep roots on these thieves are incredible! They will take over quickly if their roots aren’t cut out right away. We have a similar villain in our lives, that if not cut out, will steal your fulfilling life.

We are a fearful lot. You name it: Fear of looking bad, fear of not being heard, fear of failure, fear of dying, fear of not being popular, fear of someone else experiencing success…why not me? …the list is long. Beneath it all is a prideful root that undermines our ability to know God “face to face” (in perfect love/intimacy), the wellspring that fuels a fruitful, fulfilling life.

Want to live a fruitful, fulfilling life? Cut out your prideful root by seeking perfect love.

Miriam and Arron feared the thought that Moses was above them. Their pride enticed them to criticize Moses, attempting to bring him down a notch and elevate themselves.

“While they were at Hazeroth, Miriam and Aaron criticized Moses because he had married a Cushite woman. 2 They said, “Has the Lord spoken only through Moses? Hasn’t he spoken through us, too?”
Numbers 12:1-2 (NLT)

Apparently, they thought they could mumble to each other and God wouldn’t hear them…of course he did! And they received the full fruit of his wrath:

“And the Lord said to them, “Now listen to what I say:

‘If there were prophets among you, I, the Lord, would reveal myself in visions. I would speak to them in dreams.7 But not with my servant Moses. Of all my house, he is the one I trust. 8 I speak to him face to face, clearly, and not in riddles! He sees the Lord as he is.
So why were you not afraid to criticize my servant Moses?’”
The Lord| Numbers 12:6-8 (NLT)

Miriam’s pride (the lack of fear of the Lord) pushed her away from God (the source of perfect love) into worldly fear. Moved to action as the root grew, she ended up struck with leprosy. Pretty sour fruit! We reap what we sow, right? 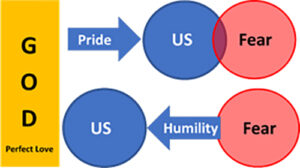 On the other hand, Moses, who was “more humble than any other person on the Earth,” could approach God face to face, but that’s not where he started. Moses was no stranger to pride. He lived 40 years in hiding following his murder of an Egyptian, but something happened during those years. He learned a lesson that changed his life forever. When he came upon the burning bush, he “hid his face in his hands because he was afraid to look at God.” (Exodus 3:6). Moses now sought perfect love by being humble. He had come full circle. The fruit of his life from this point on speaks incredibly of what happens when we humbly seek perfect love/intimacy with God.

Is it time for you to start experiencing a fruitful and fulfilling life?

Moses started the ultimate adventure of his life humbly, on his knees, face in his hands (trembling I’m sure) in fearful reverence of God. His worldly fears quickly faded. Can you imagine approaching Pharaoh as Moses did? Incredible! And he came to know God face to face, the most intimate of ways. Moses showed us how to seek perfect love. It’s not too late to start.

How is pride stealing your fruitful, fulfilling life? The first step in our Reach New Peaks Guided Workshop is to humbly initiate a new surrender to God, to open your relationship to a fresh intimacy. It’s only after this critical first step that you can enter the Adventure God Made You For. Let’s talk.