Are You Playing an A Game? 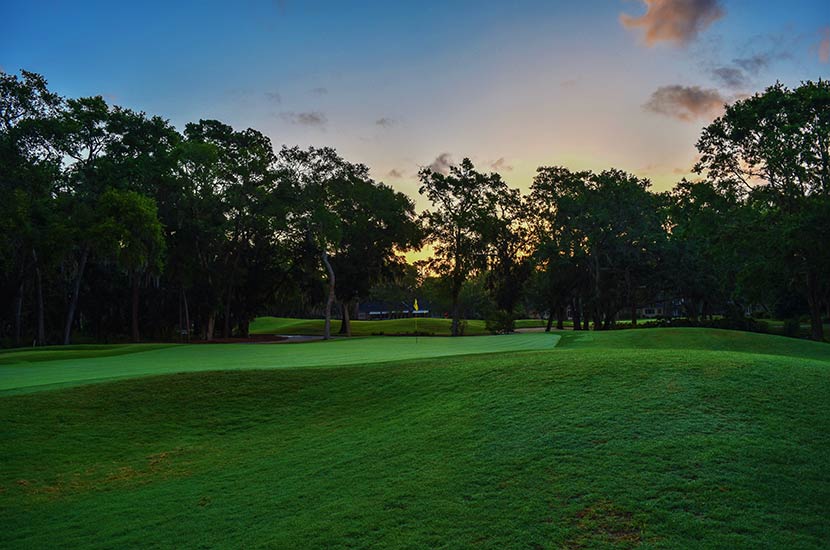 “Their mouths are full of lies; they swear to tell the truth, but they lie instead.”
King David in Psalm 144:8 (NLT)

When asked if I play golf, my pat answer is “I have clubs.” I started later in life and haven’t played in over 10 years. So, when my son-in-law’s father (a golf pro) visited, I did my best to avoid the topic. This worked for a while but he nudged a bit. I caved the morning before he left; a few of us went to the range to hit balls. He ended up giving me some tips and my swing improved, but I learned a lot more than golf that day!

“Find something good with each swing” was the first thing he told me. Focus on the positive…made a lot of sense to me given that I’m also a professional coach (people’s lives…definitely not golf!) It’s well known that that positive psychology is a key part of effective coaching. But then he focused on something I feel is oft overlooked.

“What did you see your body doing with that last stroke?” he asked over and over. It’s like he wanted me to stand outside of my body and look, stripping the emotion away, to notice my mechanics. He didn’t immediately throw out advice, he just explained what an ideal swing should look and feel like. He wanted me to see for myself. This was significant. He was training me to learn to recognize when something was off from an ideal swing. It was similar to one of those “don’t give the man a fish, teach him how to fish” lessons. The life lesson hit me later, when I read the Psalm above.

Train yourself to notice the lies.

In the past when I took a golf swing I would watch where the ball went. My emotions ebbed and flowed proportionately (definitely more ebbing!) In the midst of a struggle, all I seemed to focus on was the bad shot I took and the trouble I was in. Then came all sorts of the other problems as I tried so hard to get out, my mind flooded with everything wrong. I can tell you story after story about the emotion driven, errant next shots from the traps on the golf course. If only I had taken a moment to “step outside of my body” and notice what was happening… Perhaps I would have seen what got me into the trap in the first place – a glitch in my stroke, that’s it. Learning complete, I could have reaffirmed the ideal swing and moved on, my last stroke no longer relevant.

Have you ever fallen into this “sand trap” in life? I can tell you story after story about my emotion driven, errant next shots from these life traps. If only I had taken a moment to “step outside of my body,” away from the emotions, so I could notice what was happening… Perhaps I would have learned what got me into the trap in the first place – typically a lie cast by our enemy. Then I could have reaffirmed the truth, lined up a fresh new “shot” and moved on, knowing that what got me where I was no longer relevant.

King David learned to play an A Game.

David’s emotions often guided him. Remember the time he rushed off to kill Nabal who had offended him? He failed to step out of his situation and notice what was really happening. Fortunately, he was saved by Abigail’s timely intervention. Now, as a newly anointed king, David wrote Psalm 144 and showed that he had learned to step outside of his situation. He recognized that his enemies were attempting to deceive him after swearing they would not. (A dangerous trap. Isn’t it just like our enemy, a master of deception, to do this? He loves us to get wound up in our emotions so we dig ourselves a deeper hole!) He may have missed this before but this time he was able to spot the lies. David praises the Lord for training him and affirms the truth of God’s plan to make the nations submit to him.

“Praise the Lord, who is my rock. He trains my hands for war and gives my fingers skill for battle. 2 He is my loving ally and my fortress, my tower of safety, my rescuer. He is my shield, and I take refuge in him. He makes the nations submit to me.”
King David in Psalm 144:1-2 (NLT)

Instead of reacting with his emotions, David called on God for help, then proceeded to focus on the flourishing life God intended by singing a new song of truth, the enemies now out of the picture.

“I will sing a new song to you, O God!  I will sing your praises with a ten-stringed harp. 10 For you grant victory to kings! You rescued your servant David from the fatal sword…12May our sons flourish in their youth like well-nurtured plants. May our daughters be like graceful pillars, carved to beautify a palace. 13 May our barns be filled with crops of every kind. May the flocks in our fields multiply by the thousands, even tens of thousands, 14 and may our oxen be loaded down with produce. May there be no enemy breaking through our walls, no going into captivity, no cries of alarm in our town squares. 15 Yes, joyful are those who live like this! Joyful indeed are those whose God is the Lord.”
King David in Psalm 144:9-15 (NLT)

What happens when we don’t know the truth? Lord have mercy on us! We have no way to know what we are in the midst of. A friend of mine went to see a counselor who told him “The problem is never the problem.” In other words, there is more going on than what you see in front of you. How can you see the whole picture if you don’t know the truth? How can you see it if you don’t step outside of yourself and look, knowing that there is an enemy out there seeking to deceive you? Imagine the path of someone who has spent years and years without the truth? Or without stepping outside of themselves to realign with it? In golf this person is called a hacker. In life? Perhaps there is no name, but O the pain and struggle!

A golfer who masters this process plays an “A Game”, their best. What do you do to play an A Game in life?

It’s never too late to start the process toward becoming a master of this process. Key is to commit to moving closer to the source of the truth. The Mission Curve™ process, leads you closer to God the source of truth. Learning to play an A Game is vital to living out the great Adventure God Made You For. Let’s talk.