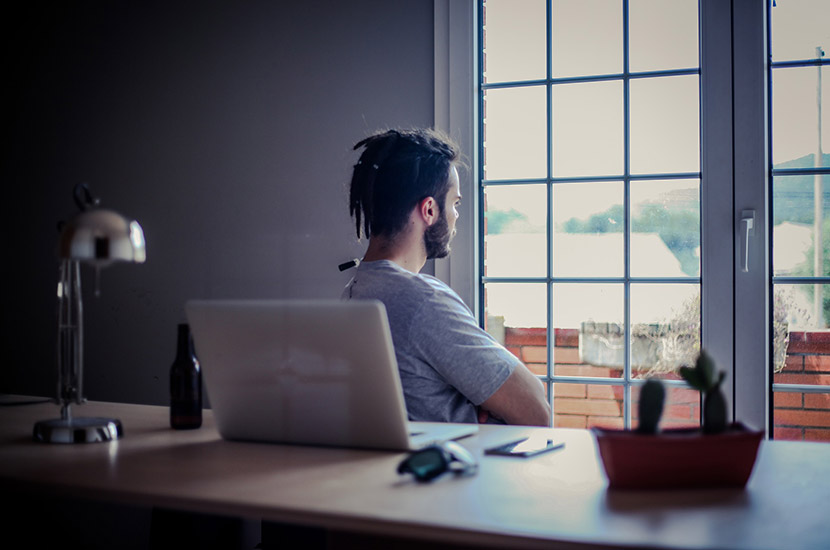 Young and ambitious, having successfully navigated a major dose of senioritis, we graduate from high school, sights set on college. Forever you’ve been asked, “What are you gonna be when you grow up?” All through college you’re asked the proverbial question, “What’s your major?” After a grueling 4 (or more) years, we graduate this next level with the answers, ready to change the world. We get our first job…and that first paycheck. Feels good! At last, we have arrived.

We get noticed and begin to rise up the corporate ladder. Once again, we set our sights on higher things. (I wanted to be the General Manager of a business, my sign of success.) Along the way, marriage and kids come along, and all the related responsibilities. All good and part of the plan! The years go by as you continue to check off all of the boxes of success. Before you know it, people are throwing you a surprise birthday party…you’ve turned 40!

One day after a slogging through a long meeting that seemed to go nowhere, you’re sitting at your desk and you find yourself looking out the window. Life is good but you have a weird feeling. It’s almost as if something’s missing. In spite of all that has come with success, it just does not seem to deliver. You feel the clock ticking….and wonder, isn’t there more to life than this?

You think a change might be good. After interviewing with another company, a voice in your head says “same problems, just different people.” What’s the point? You’ve come to the intersection of a major fork in the road.

“I’ve checked off all of the boxes I set out to accomplish, now what? What will I do over the next 40 years? Do I stay the course, or is there a greater adventure for me, something more fulfilling?”

We have the example of the Apostle Paul, quite the achiever! A super Jew; a zealous Pharisee and scholar. His first “40” consisted to rising through the ranks, strictly enforcing Jewish law and leading the persecution of Christians. Imagine his goal…perhaps to be known in history as the famous Jewish leader who exterminated the Christian infidels. Already well up the “corporate ladder”, he earned quite the reputation!

Then he met Jesus on the road to Damascus. Boom! Everything changed.

“I once thought these things were valuable, but now I consider them worthless because of what Christ has done. 8 Yes, everything else is worthless when compared with the infinite value of knowing Christ Jesus my Lord. For his sake I have discarded everything else, counting it all as garbage, so that I could gain Christ 9 and become one with him.”
Philippians 3:7-9 (NLT)

Counting everything he had accomplished to this point as “garbage”, he set a new trajectory:

The Apostle Paul’s goal for his 2nd 40: Gaining Christ and becoming one with him.

What kind of goal is this?! I can hear the voices of his Pharisee friends, “Paul, you’re giving up fame and power for what? Are you crazy?” (Sometimes the most penetrating and painful voices come from those closest to us, right?)

Nonetheless, Paul resets his trajectory, targeting a higher goal, one that was beyond any the world could provide. He went after it with the same zealously he had used to achieve his worldly goals. He was a relentless achiever. One look over his life and you see his dedication, his persecution, his accomplishments. He goes on to say…

“…I focus on this one thing: Forgetting the past and looking forward to what lies ahead, 14 I press on to reach the end of the race and receive the heavenly prize for which God, through Christ Jesus, is calling us.”
Philippians 3:13-14

Paul understood the value of a heavenly prize, far outweighing all of the success and fame the world could ever provide. He looked ahead, much farther ahead. He understood his life would not be fulfilled until he received his heavenly prize.

“Dear brothers and sisters, pattern your lives after mine, and learn from those who follow our example.”
Philippians 3:17

How would you describe Paul’s 2nd 40? Though not his goal, the impact of his effort left a legacy beyond worldly measure. Think of the kingdom fruit of his labor? How many would know Christ if it were not for Paul? This is his enduring, heavenly prize. And he calls us to model our lives after his.

Who will be your role model for your 2nd 40? Imagine an eternal legacy and heavenly prize.

But, “How could I? I have responsibilities, obligations, and a family who expects a lot of me….and financial matters to consider….”

Whoa! Don’t get too far down the road too fast. There is a proven, practical, step by step process (The Mission Curve™ Process) that can get you on the path to becoming more like Christ. I know because I have traveled it and have used it to help many find their paths.

Is it time to set your sights on a higher trajectory? To become more like Christ? Engage The Mission Curve™ Process and find your path. Let’s talk.