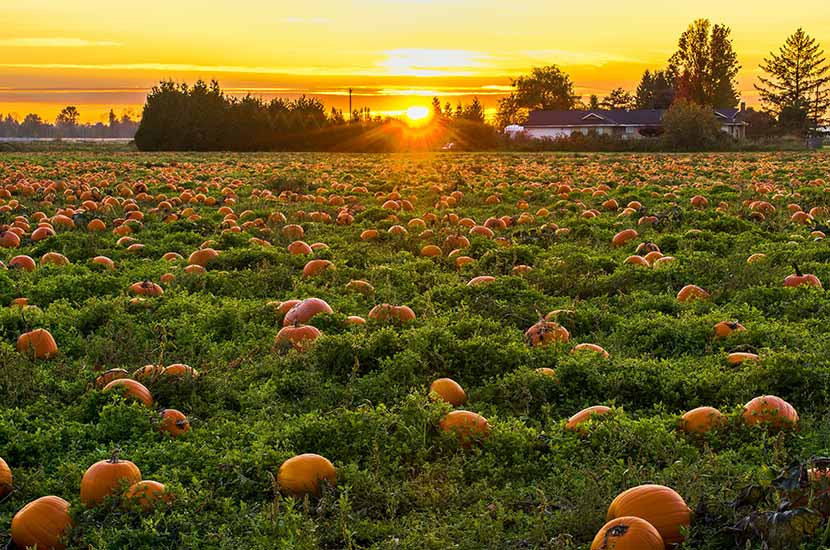 “The people passing by shouted abuse, shaking their heads in mockery. “Ha! Look at you now!” they yelled at him. “You said you were going to destroy the Temple and rebuild it in three days. Well then, save yourself and come down from the cross!”
~ Jesus Christ | Mark 15:29-30 (NLT)

Remember the old Charlie Brown show the Great Pumpkin? Linus had come to believe that “The Great Pumpkin” would rise up from the pumpkin patch on Halloween night to deliver toys to all the kids who sincerely believe. He waits and waits, long into the night… nothing. The Great Pumpkin never comes.

How often have you prayed and prayed for something…for months, even years…nothing? Is God like the Great Pumpkin?

Making it all the more challenging, Linus was not bashful in sharing his faith publicly, setting himself up to be mocked by the other kids. “You blockhead!” they may have thought. Yet he remained faithful. I have to admire his resilience.

Remaining faithful when God does not answer amidst the prospect of mockery could well be the toughest challenge we face.

Jesus, having told the world all about who he was and what he would do, finds himself nailed to a cross. The mockers had a field day. I wonder, what Jesus was thinking?

“Abba, Father,” he cried out, “everything is possible for you. Please take this cup of suffering away from me. Yet I want your will to be done, not mine.”
Jesus Christ | Mark 14:36 (NLT)

It was just the night before that Jesus had prayed to God to spare him. Now on the cross, the reality is clear that God will not spare his suffering…or the humiliation!

Who hasn’t feared that, having gone public with your faith, you will be mocked when God doesn’t do what you told everybody he promised to do?

Imagine the mocking that Noah must have received from those around him. He was building a boat in the middle of the desert and talking of a great flood to come. It had never even rained before!

Think of the smirks Abraham glimpsed when he introduced himself to others. His name means “Father of multitudes” … well into his 90’s, he had no children!

Suffering through unanswered prayers while still proclaiming the greatness of God, enduring the thought of being called a fool by others yet continuing to promote the promises of God, these faith “hall of famers” took the largest jump of faith.

“All these people died still believing what God had promised them. They did not receive what was promised, but they saw it all from a distance and welcomed it. They agreed that they were foreigners and nomads here on earth. Obviously people who say such things are looking forward to a country they can call their own. If they had longed for the country they came from, they could have gone back. But they were looking for a better place, a heavenly homeland. That is why God is not ashamed to be called their God, for he has prepared a city for them.
The Apostle Paul | Hebrews 11:13-16 (NLT)

None of the most faithful ones the Bible speaks of received everything promised them before they died. They remained faithful to the end in spite of appearing foolish. They could have turned back, saving face by saying… “I was just joking. I didn’t really mean it like that. Sure, there’s a God, I go to church, I try to be a good person… that’s all.” But, they didn’t. They took a giant jump…

…into the Overwhelming Vision…

These faithful ones (Jesus as well of course) accepted the reality that they may not receive everything God promised while still living here. Their giant jump of faith was not simply taken on Earth, but from Earth to Heaven. Their total confidence was placed in their heavenly homeland, that’s where any unfulfilled promises would be fulfilled. In the meantime, they endured suffering and humiliation as they steadfastly pursued the work God had them here to do… though I suspect a sanguine “smile” remained on their faces as their mind’s eye envisioned fulfillment in Heaven.

Can you feel Steven’s excitement? His vision of Heaven vastly overwhelming the suffering he was experiencing. It didn’t matter that he wouldn’t be delivered from the stoning. He could care less about being mocked. Steven and all of these other saints were 110% confident that where they were going was immeasurably better than life on Earth. They took a giant jump into the overwhelming vision…

…of a Fulfillment Story

What might God be thinking when he sees us mocked, humiliated, suffering? All I can come up with is that these painful things must lead to something good, right? Why else would God have had Jesus go through them? God knows something we don’t, the fulfillment story. This changes everything!

Steven got a glimpse of how Jesus’ story was fulfilled. He saw him standing in the place of honor at God’s right hand. The very Jesus who was mocked for saying he would “destroy the Temple and rebuild it in three days.” Steven saw the truth – the promises God made to Jesus were not completely fulfilled until his arrival in Heaven. I shudder to think of what would have happened if Jesus had turned back to save face, a victim of the mockery… a ruined story!

Can you envision God, unashamedly placing Jesus at his right hand? A proud Father with a God sized smile on his face. A grateful son, having successfully completed his mission, rewarded with the fulfillment of all of the promises the Father had made to him. Now this is a fulfilling story!

“And it is impossible to please God without faith. Anyone who wants to come to him must believe that God exists and that he rewards those who sincerely seek him.”
The Apostle Paul | Hebrews 11:6 (NLT)

Noah, Abraham, and all the faithful were rewarded by the fulfillment stories that awaited them. Their stories were incomplete until they arrived. Your fulfillment story awaits your arrival too! In the meantime, all God asks is that you walk with him with 110% faith as you steadfastly pursue the work God has you here to do.

Don’t know the reason God has you here? Discover your Life Mission by taking our free Mini-Course at https://www.missioncurve.com/  These 3 steps will change your life, guaranteed.